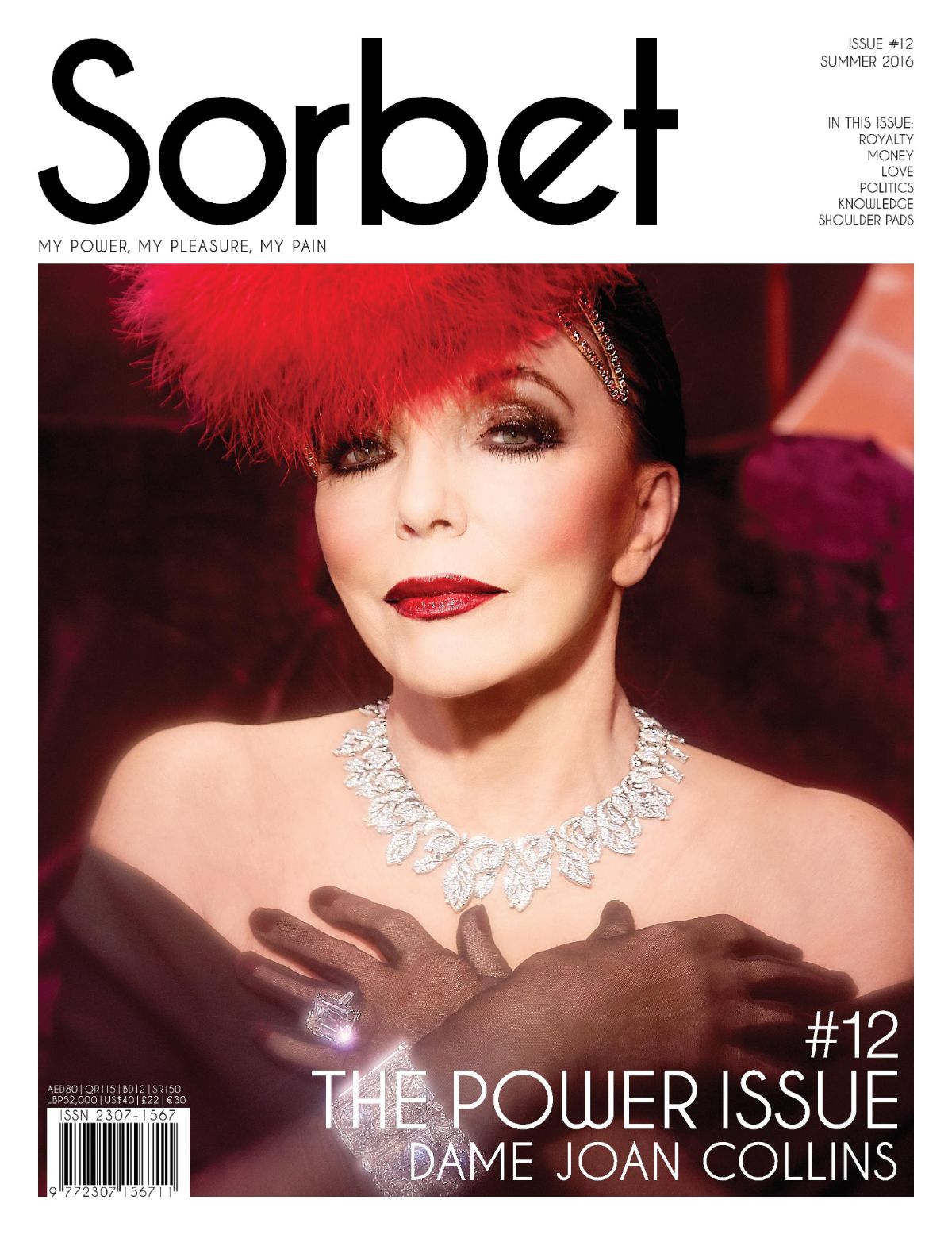 Sorbet’s summer 2016 issue is focused around the theme POWER and all things, good and bad, that come with it. We explore the world’s most powerful women, in our loyal report on queens, Games of Thrones, as well as celebrating strong, influential females from Indian stateswoman Indira Gandhi to Burmese leader Aung San Suu Kyi. We look at the success of one of the most and prolific artists of the 20th century, Pablo Picasso, who in his life created over 50,000 works of art before passing away aged 91. Pretty powerful stuff. Gold, charisma, kissing – pick up the issue to read about the ways in which power is traded, used and manipulated as well as discovering the darker side of the stuff, when power is absent, lost or abused.
Someone who knows a thing or two about Power is this month’s cover star, Dame Joan Collins. Famous for being one of the silver screen’s most powerful women, especially after playing the role of Alexis Carrington in 1980s TV show Dynasty, the iconic actress and author is just about to embark on a one-woman show around Britain.

In fashion, we’ve got the most powerful collections of 2016 – Dior Homme SS16, the best of the Pre-Fall collections, as up-and-coming singer-songwriter muse Benjamin Clementine in some of Burberry’s most iconic pieces.

So go on, subscribe or buy your copy now. As Snap! once sang, “You’ve got the power!”