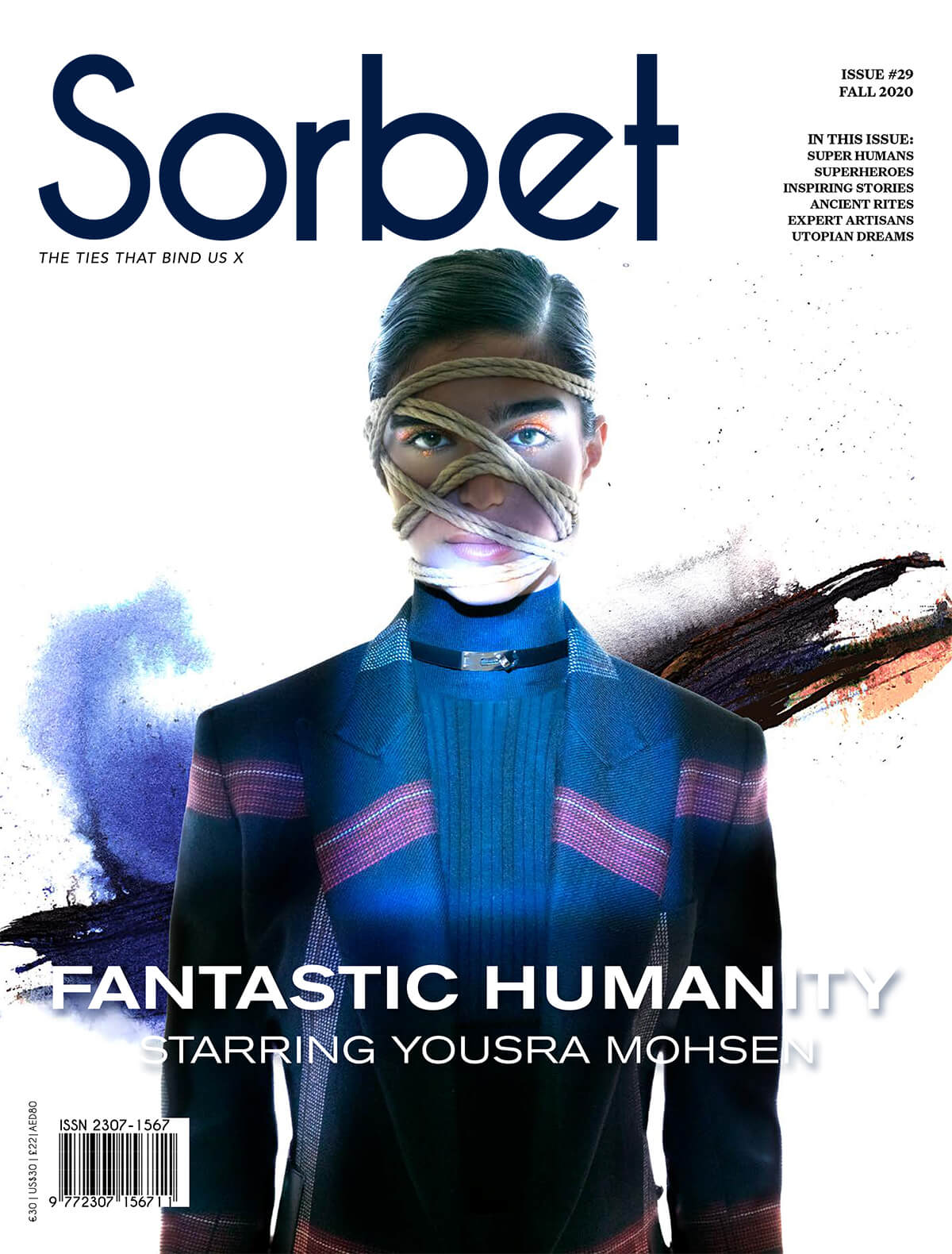 After the catastrophic year so far, after lockdowns, corona, police brutality, protest, and the explosion that ripped the heart out of our dear Lebanon, this issue is in deference to the fantastic humans achieving incredible things in the world. People on the ground in the streets of Beirut are battling corruption and government forces while they try to rebuild the broken homes shattered throughout the city – our Beiruti journalists write about their experiences. We have fashion – of course we do – but this is fashion as a force for good, highlighting the luxury brands offering something more, whether that’s sustainability, or other sorts of philanthropy.

We have so many artisans, because if an alien race was deciding whether to save us, these incredible skills passed down through generations would surely be a selling point. We have making ofs, and the savoir faire of metiers d’arts like Chanel and Dior, but also pasta grannies, a piece about the octo- and nonagenarians in Italy still making pasta from scratch using the only the most traditional methods. And we have superheroes, because when reality is too painful, we create superbeings embodies with the best of humanity to look toward for hope, So actor Nassim Lyes Si Ahmed takes a turn as The Dark Knight in Bottega Veneta, and our cover star, Lebanese dancer and model Yousra Mohsen stands under an arabic arch in Hermès, tied up using the ancient art of shibari; she talks passionately about the city she once called home, and her hopes for a better future.